In this article you will learn how you can aim and throw grenades in PUBG Mobile. They’re very useful if your opponent is hiding all time behind a tree, rock or in a building. A grenade will force him to move or die.  Let’s have a look at how you properly throw a grenade in the mobile app of Playerunknown’s Battleground:

1 First of all, choose the type of grenade you want to throw at the right side of your weapon. You can choose for grenades that explode (frag grenade or molotov cocktail) or that will blind your opponent (stun grenade or smoke grenade).
2 Now that you have the grenade in your hand, you can choose if you throw the grenade overhand (=high toss) or underhand (=low toss). Tap on the grenade symbol when you’re ready to throw.
3 You’ll see a red line appear that helps you to aim your throw + a timer. In this example I’m about to throw the grenade through the window in the building where my enemy is hiding. You only have about 5 seconds to throw the grenade or you can still hit the Cancel button.
4 Unleash the grenade and throw it in the building. Depending on the type of grenade you chose, you’ll see either an explosion or blinding effect appear immediately afterwards.
Facebook Twitter Share via Email Print 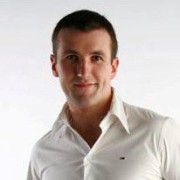 How to enable/disable auto pick-up in PUBG Mobile?

How to change your gender, face and hair style in PUBG Mobile?

How to open all kinds of crates in PUBG Mobile?